You enter the series of 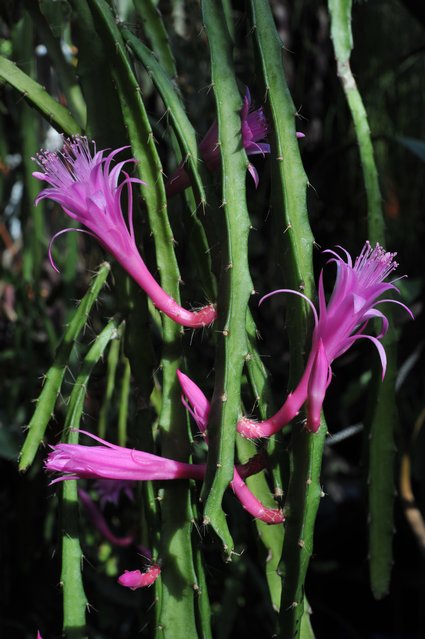 Here is one of the descendants of Disocactus quezaltecus. It was obtained by the German breeder Rudolf Hessing.

Rudolf indicates as pedigree: (hybrid Disocactus x Disocactus quezaltecus). We will not know any more about the mother (the first of the two names of the pedigree).

I took the pictures of Aporophyllum X 'Elfentanz' the same day as those of Disocactus quezaltecus and it is this time simultaneity which gave me the idea that the two plants were very connected.

Concerning the blooms, there is a strong resemblance in the color but also in the shape of the blooms which have a long tube and a narrow corolla.

But why classify this plant in the genus Aporophyllum whereas it's resulting from the crossing of two Disocactus?........